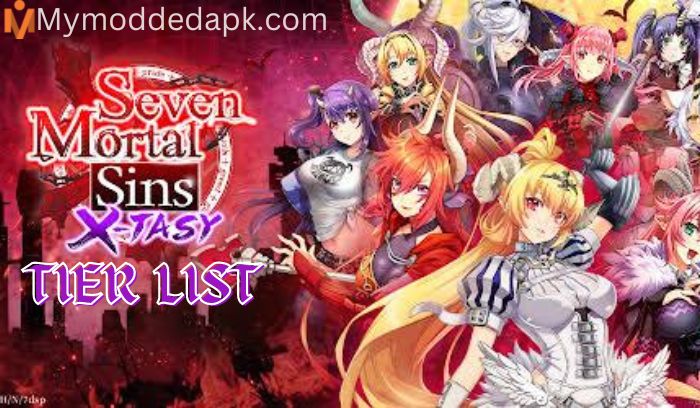 Seven Mortal Sins X-Tasy Tier List: Players will enjoy the game’s gorgeous animations and tactical turn-based styled combat. As you must retrieve the heroes in the game from the built-in gacha pool, the game has yet to manage to avoid the widely used mobile gacha system. Heroes of varying rarities are available in the system with varying probability.

The Seven Mortal Sins X-Tasy tier list ranks the best characters, including those from the latest game, available in this mobile fighting game.

The rankings are based on playability, diversity, character design and overall quality of life while playing as a character. Each character will have different strengths and weaknesses, which can make them more or less effective depending on how they are built. You better suit some characters for one type of play style than another.

But out of so many different characters, which should you pick? The angels and devils in this list are ranked from SS tier to D tier according to their placement in the Seven Mortal Sins X Tasy.

These characters are the top performers, according to this list. Even though the angels and devils on this list are incredibly uncommon, they are too powerful to be overlooked.

Even while the characters on this ranking perform admirably, they are not as powerful as those in the SS tier. The only positive aspect of this is that they are simpler to acquire than those on the SS tier.

Compared to the earlier Seven Mortal Sins X-Tasy Tier List, these characters perform exceptionally well and are simpler to acquire. You can use the characters on this list to continue your quest before obtaining the uncommon ones.

All of the angels and devils on this list perform mediocrely, and they may need to be upgraded even though you may add them to your character list. These heroes can perform miracles when the game starts but may falter in more difficult battles.

Although the characters on this list are the simplest to get, they don’t perform well. They are usable as supporting characters, although picking them may not be wise. Make careful to swap out these characters as soon as you start the game for an S or an A-rank character.

The least engaging characters are those in this group. They cannot aid or harm their adversaries, and investing in them is not wise. 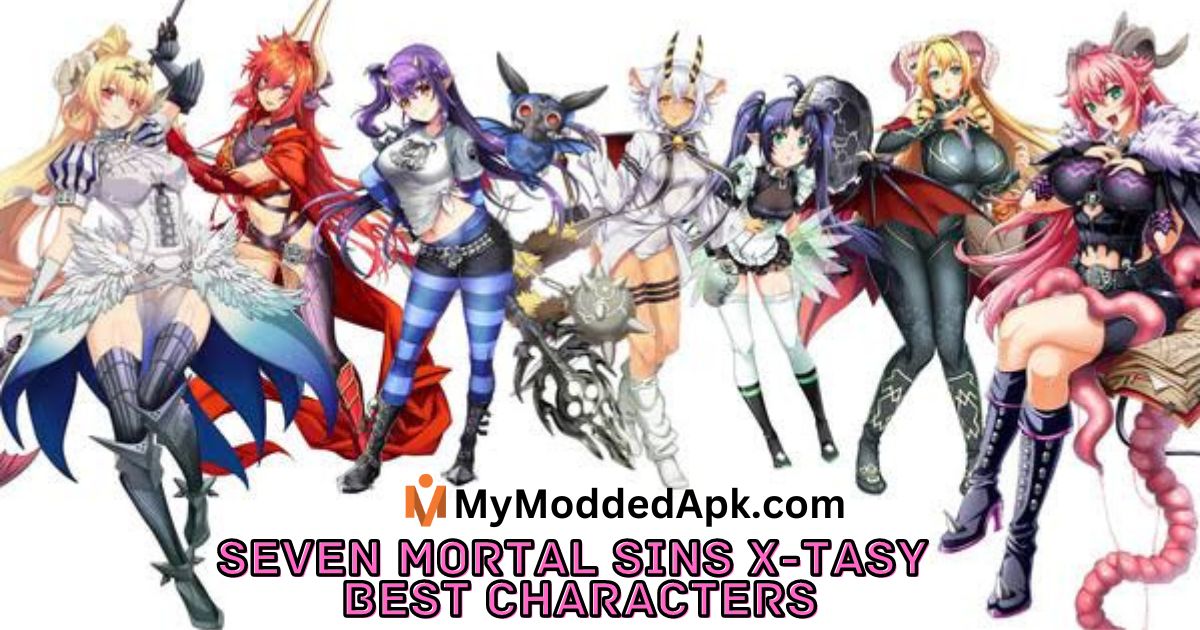 Her passive ability Devil’s Tempt, which indicates that Asmodeus is resistant to Charms and Enchant debuffs, Asmodeus is one of the best heroes to utilise in PvP game modes. Asmodeus also deals a Charm debuff for two turns to the enemy target with the greatest ATK when she passes away on the battlefield.

Another strong DPS unit is Lucifer (Sin of Pride), renowned for both her high critical hit rate and critical hit damage. Her basic ability allows adversaries to have their attack reduced for two turns, which greatly aids survival in PvE content.

Her inactive skill According to the Supreme, Lucifer begins the battle equipped with a 1000 HP shield and a 3 turn, 40% speed increase.

In mythology, Beelzebub (Sin of Gluttony) is a harsh tormentor of souls, but she torments heroes with high attacks in video games. She taunts the opponent with the highest attack, according to her passive ability, King of Table. Additionally, Beelzebub gives the ally with the lowest HP a Heal equal to 25% of her MAX HP. Only the first three action turns of Beelzebub experience this effect.

A formidable damage dealer in the game is Belial (Vainglory). She obtains a 15% Critical Hit Rate at the start of each round thanks to her passive ability, Usurper of the Star, and this bonus can stack up to seven times. Therefore, she can be constructed with few critical hit rates and may be built as a big damage dealer by stacking greater attack and critical hit percentages.

Even though she is a 4-Star hero, Aura (Calamity) is still among the finest DPS/Support troops. Aura is excellent at buffing her attack by 50% for 2 turns while simultaneously inflicting an AOE attack down debuff on all adversaries for 2 turns.

The true definition of a witch is Anastasia (Rebirth). Regarding her passive ability, Slander, Anastasia obtains a 25% Move Gauge for each attack, and her damage increases by 25% if she engages an inferior class of hero. Additionally, Anastasia will steal with a probability of 25% for 12% of the damage she causes, but only once each turn.

If Abelia (Liberatorbase )’s stats get a minor boost, she could be moved up to the A tier. On the battlefield, she is unmatched in usefulness. Skull Break, her third active skill, is an AOE skill that deals targeted damage to all foes in a round while also applying the Daze status condition to them all. The target impacted by the daze debuff will not take a turn.

As a result, she can effectively make all enemies ineffective for a single turn. Whenever combat begins, Abelia has a 25% chance of dazing two random enemies thanks to her passive ability, Liberator, which also increases her basic defence by 25%. In PvP content, Abelia is a fantastic hero that can chain crowd-controlling foes with Lucifer.

Because of her third active ability, Bloody Queen, which allows her to deliver 280% of her damage to a single target while also gaining an additional turn, Ingrid (Bloodthirst) can also cycle through numerous turns.

Great DPS/Support character Zoe (Truthseeker) enjoys being targeted by foes. She receives immunity to death for the first time when her HP reaches 1%, according to her passive ability Eternal Dream. Additionally, it says that Zoe can use her raw talent to counterattack upon receiving damage and that she taunts two random adversaries at the game’s outset.

In terms of his MAX HP Draco (Blazewind) enjoys being in good physical condition. When his HP is over 90% before the turn begins, he obtains 30% Attack and 35% Defense. Like Ingrid (Bloodthirst), he also gains 8% of the damage he has dealt back as HP at the end of his turn.

As the game starts, each player is given Drusilla (Prosperity), a 4-Star AGI-type hero, for free. In any case, what you get for free and without effort is usually weak, as they used to say in the past. Sweet Home, her third active ability, does, as said, have some useful applications. Drusilla throws targeted AOE.

Noach (Scrutiny of Flesh), is a respectable DPS hero for players who were less fortunate to summon strong ones like Lucifer (Sin of Pride. When Noach’s health is above 90%, according to her passive ability Sky Burst, she obtains a 25% attack boost and deals 25% more damage to foes who aren’t her type.

Furthermore, Noach also profits from critical hits since she follows up on foes who have taken a serious hit with an attack that deals 60% of her Attack damage.

How to Reroll Characters in Seven Mortal Sins X?

A strong formation is necessary to complete the Seven Mortal Sins X-TASY quickly. You must, however, also have a suitable hero with outstanding skills who can guarantee your victory simply by being present. To find the perfect heroes who will go with you till the conclusion of your voyage, you may also design your experiment by using various formations and heroes at each level.