Jumanji Board Game Rules: This game may be played with two to four players and was designed for those who are eight years old and older. The game may be finished in between 45 and an hour of playtime. Players must solve puzzles, save one another, and use their cunning to dodge hidden perils in order to get out of the jungle and reach the middle of the board and win.

Your objective in the board game Jumanji by Cardinal Games is to get away from the deadly jungle creatures and be the first player to get to the Jumanji Space in the game board’s centre.

How does the Jumanji board game work?

Everyone’s objective in the board game Jumanji, which is a “race to the finish,” is to follow their designated path and get to the huge Jumanji Space in the game board’s centre.

Jumanji is only partially cooperative, therefore there can only be one real victor.

The true game winner is the first person to enter the Jumanji Space, however, everyone loses if the Doomsday Grid fills up before that. 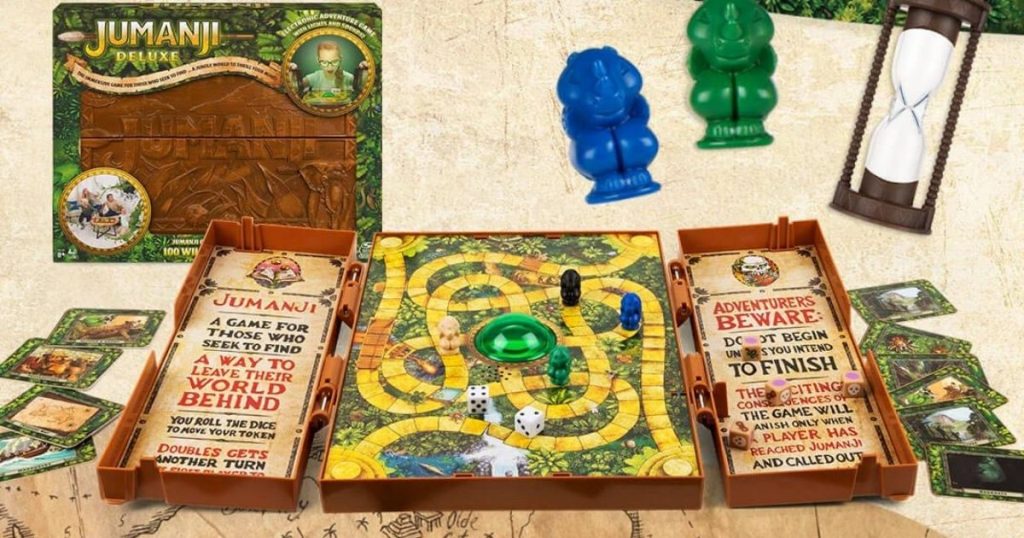 Blank Space on Board

You have to draw a Danger Card if you land here. Read the Danger Card loudly to every player before sliding it beneath the Card Decoder. A symbol, a number, and some flavour text are all revealed by the Danger Card.

You must now seek to be rescued from this peril by your fellow playmates. Turn the sand timer over, and each player (except you) rolls their Rescue Die until they all discover a Wild symbol or the symbol displayed on the Danger Card (hourglass).

The players who rolled will advance the number of spaces indicated on the Danger Card if the countdown expires and every one correctly rolled the corresponding symbol.

When the countdown expires and no one has a matching sign, the active player must advance the specified number of spaces backwards, while all other players stay in their existing positions. The Doomsday Grid, and then set the Danger Card there.

Jungle Space in Jumanji Board

You must draw a Danger Card and continue the game as if your piece had landed in a blank square when it does so.

Till every player rolls a matching symbol, repeat this process. After that, move your piece to whichever many spaces the most recent Danger Card you selected specified. Your status as a jungle prisoner has changed!

You can briefly halt another player’s forward motion by blocking their route when you land on a Rhino space. The area right in front of the player of your choosing should include the rhino figurine.

Until another player lands on a Rhino spot and chooses to move the Rhino to a different place, the selected player cannot move forward. Alternatively, the blocked player must roll a more even number when they roll for movement on their subsequent round.

If the blocked player rolled an odd number on their subsequent movement attempt. They will act in accordance with the rules of the area they are presently stuck in rather than moving.

In the scenario that a player who is caught behind a rhino is forced to walk backwards for whatever reason. The rhino will follow and continue to obstruct the player’s movement in the area directly in front of them.

In Jumanji Board Game Rules the gaming board’s left and right side panels include the Doomsday Grid. A Danger Card adds to this grid once it is discarded after an unsuccessful attempt.

The bottom-most square on the grid’s left panel, where the first Danger Card is dumped. Above this card, there are other cards, and so on.

Any extra cards placed below the next Danger Card, which will be placed on the top location of the right panel after the left panel is full.

Beware! All players will lose the game instantly if the Doomsday Grid is filled.

Try To Win The Game 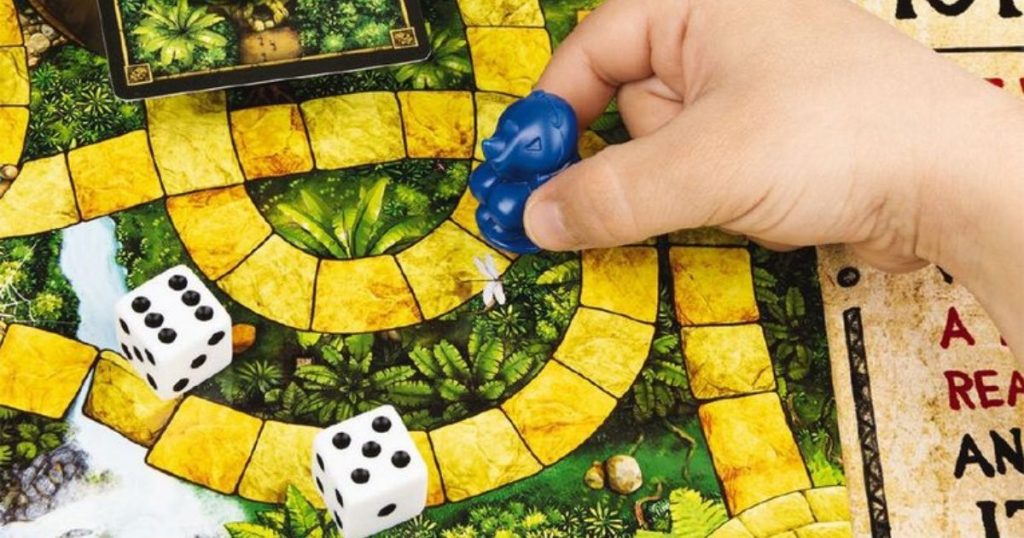 In order to win a game of Jumanji, you have to be the first player to place your piece on the game board’s Jumanji Space and yell “Jumanji!”

You must roll the EXACT amount of spaces required to enter the Jumanji Space in order to do this. If your roll exceeds the precise number, you remain in place on your current spot and repeat the same procedure.

This qualifies as a winning move. If a Danger Card would advance you by the precise number of squares required to reach the Jumanji Space. Remember to yell “Jumanji!”

If You want more as it pings back to Bingo Clash Tips.